The new Apple Iphone 6 has recently been launched.  No sooner had it hit the market place, that consumers started noticing a feature not advertised – it bends!  Hundreds of users have posted photo’s on twitter and on blogs, showing their phones warped out of shape after carrying them in pockets for an extended period of time.  The problem has even been mentioned in the leading national news agency’s.

While other phones have been designed to bend, we are pretty sure Apple didn’t design the Iphone6 to do so.  It should be noted this phenomenon hasn’t just been found on the Iphone 6, but on previous Iphone models and various LG and Sony products too.

To many in the industry, the bending is not a surprise.  Phones have become increasingly slimmer and lightweight, reducing their structural properties.  Metals commonly used in the construction such as Aluminium are flexible by nature and this just exuberates the problem.

“This is not an issue that Apple – or other phone companies – need to be compelled to respond to or fix. Even the most recent smartphones are not designed to be put in trouser pockets – front or back – where they are going to be under the most chassis strain”

However, with phones commonly put in pockets, should manufacturers be designing their products to survive a trip in a pocket, and if so, how can they check this before making millions of phones?

The answer lies in the commonly performed 3 point bend test.  Performed a variety of standards, including ISO 178, ISO 14125, ASTM D790, D672, IPC TM-650, and IEC 61189-2:TM20, this test can simulate the performance of a product by placing a load in the centre of the product, which is supported at a set span at either end as shown in the diagram below;

As the load is increased, the flexibility of the sample can be measured.  Loads simulating the loads from a human sitting on one end can be used to aid designers in ensuring the product is stiff enough to survive in its intended environment.

Designers can then look at the materials used to strengthen the product.  Impact Solutions has a long history of working with designers and moulders to ensure the right plastic is used for the intended situation.  Additives and fillers can be used with plastics to strengthen certain properties and increase the stiffness of a product.  With the experience available in plastics and composites, there is no excuse for any mobile electronic device failing to perform in an environment they are likely to be subjected to.

By using flexural testing services (such as a 3 point bend test) in their incoming inspection & NPI processes, re-manufacturers can ensure that only parts which meet OEM standards are used, decreasing fail rates at consumers and meeting the strict requirements in place for ‘As New’ electronic refurbished products.

Refurbishers also need to be wary of using repainted or resprayed items.   Plastic naturally degrades over time, especially when subjected to UV and thus repainted housings can have significantly different flexural properties to new OEM housings.   With competition increasing daily for remanufactured devices, and stricter standards being followed, testing services such as flexural testing will become important to ensure your customers can have confidence in your products.

If you want to design a product, and avoid the problems the mobile phone companies are experiencing, or simply want to beef up your quality control, give Impact Solutions a call (+44 1324489182), or email us on info@impact-solutions.co.uk  and let us help you ensure your product meets its intended market use.  As an ISO 17025 UKAS accredited testing laboratory No. 0402 we are well placed to provide an independent assessment under certified conditions.  All our tests can be carried out under a range of environmental conditions, further simulating the conditions an electronic device may have to face when out and about in the world. 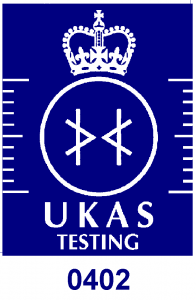