Specimen conditioning: Two sets of 5 bar specimens and 3 plaque specimens per sample to be conditioned as follows:

ii. Second set in an air circulating oven for 168 hours at 700C and then cooled in a desiccator for minimum of 4 hours.

Gas flow: Set the methane gas flow to 965 ml/min with back pressure 125mm of water. Adjust the flow and air intakes of the burner to get a flame 125mm high and inner blue cone 40mm high.

After the 5th application of the flame record the following:

A – Afterflame and afterglow time in seconds.

B – Whether or not the flaming particles ignited the cotton.

C – Burn through (hole formation) of any specimens.

Based on the measured values use the following table to classify the material as 5VA or 5VB.

The Bunsen Burner and the test specimen is setup as shown in the test schematic. 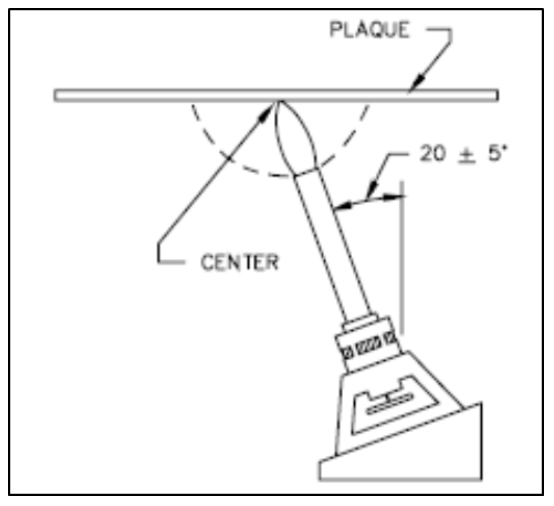