EN 1130 and the truth about Baby Boxes

Impact Solutions have watched the unfolding EN 1130 tested baby box “scandal” this week and thought we’d add our bit to the debate.

There seems to have been criticism of the Scottish government for providing baby boxes which are unsafe.  This criticism has been published by both the Guardian and the Scotsman, with the Sun going as far today as burning a box outside to show they are “unsafe”.

The Scottish government has maintained that the boxes meet the European standard for “Cribs and cradles for domestic use”, covered under EN 1130 part 1 and part 2.  The standard has been developed by the CEN committee (CEN/TC 207), which is an organisation made up of national standards representatives of the following countries;

Impact Solutions themselves sit on a CEN committee, dedicated to the safety requirements of domestic Oil storage tanks.

The purpose of a standard is to create a standard for notified bodies to issue certification.  To be a notified body you must be accredited by your national accreditation body (in the UK this is provided by UKAS) and fulfill a number of other (rigorous) requirements.  Notified bodies are audited annually (this is not a desk audit, but an audit of how tests and procedures are carried out.  All equipment used has to be traceable and calibrated) to check compliance.

Notified bodies are required to be completely independent.  They can have no links to any organisation that designs, manufactures or sells the item they are certifying.  They cannot provide advice on design, materials to be used, or construction methods.  They are simply limited to providing a testing and certification service, against the relevant standard.  Any breach of this will result in the notified body status being removed.

The Scottish government have provided a certificate from SGS, who are a UK based accredited body for the testing required under EN 1130.

The criticism of the government seems to be based around the statement that 4.1 (materials) was excluded from the testing at the request of the client, as indicated on the certificate from SGS (above), so let’s take a look at why that may be.

There is no other requirement listed, nor reference to another test standard.   A visual inspection of the product submitted for testing would therefore be required and a conformation that no decay or insect attack was present.  Impact find it hard to believe the baby box would have failed on this item.

Section 4.1.3 is only relevant to “metal in access zone 1”.  To the best of our knowledge there is no metal components on the baby box.

This therefore leaves section 4.1.2 dealing with materials and surfaces.  This section places a requirement on the manufacturer, importer or retailer to provide “verification that material in access zone 1 fulfill the requirements in accordance with EN 71-3”.  Note that it asks to “provide verification” only.  This is very important, as it takes away the requirement for the notified body to provide the testing (see below), and places only a requirement to show the testing has been carried out elsewhere.

But why would they do that?  Surely it means they were hiding something – or so some sections of the media have alleged.

The government have published on the baby box website another certificate, showing compliance with EN 71-3.  The reason the standard allows this testing to be carried out elsewhere, other than the notified body, is that EN 71-3 looks at chemicals and migration of chemicals within a material.  It is therefore subject to batch to batch verification, and testing it on one (or a variety of boxes supplied from the same batch) would be less stringent than requiring the manufacturers to meet the standard at all times.

The certificate issued by SGS, and the claims of the Scottish government therefore tally exactly with what Impact would expect to see based on our reading of EN 1130.

The Guardian however continued to imply the baby boxes were unsafe, and published the below extract;

They are right that no such standard exists for “cardboard baby boxes”, but it is quite clear from reading EN 1130 that the standard for cribs and cots covers “wood based materials”, like cardboard.  In the absence of an exact standard for your product, due diligence would see you test it under the most relevant standard.  However the Guardian is wholly incorrect to say the certificate showed the box was tested under “toy safety legislation and not under the safety standards for cribs and cots”.

We suggest this may be because the Guardian has been confused by how standards are written and published.  The CEN working group, 207, which published EN 1130 are the working group for “furniture”.  The standard EN 1130 is titled “Cribs and cradles for domestic use”.  Where the Guardian have been confused is that the certificate presented by the cardboard manufacturer, Smurfit Kappa, is entitled “Toy Safety” as shown below;

This does not mean the testing has been carried out under the wrong standard.  It is quite clear from the certificate that the cardboard complies with EN 71-3, and this is the standard which is required by EN 1130.  Why does a crib refer to a toy standard?  It is very normal for one standard to refer to others – indeed we rarely come across a standard which doesn’t refer to another one.

There would be no point in having two standards which carry out the same test, as naturally over time these standards would diverge creating the situation whereby the same test is carried out in two different ways, giving different results.  This would defeat the purpose of having the standards in the first place.

Impact will refrain from commenting on the “fire test” carried out by the Sun.  We would however recommend the Sun approach any of the UK notified bodies in fire testing, such as BRE or Warrington Fire for their opinion on the scientific merits of the testing carried out.  While no fire test is specified in EN 1130, it should be noted that electronic components (such as light switches) are usually certified to the UL94 standard, which requires a flame (of a specified intensity) to be subjected to the material for a period as short as 10 seconds.

Impact will happily provide guidance on interpretation of standards to any journalist who wishes to contact us for expert guidance in order to help them avoid the mistakes highlighted above. 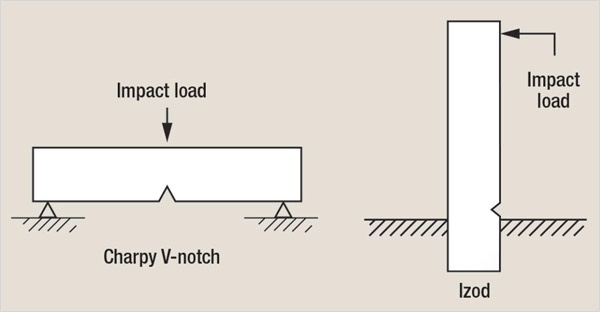