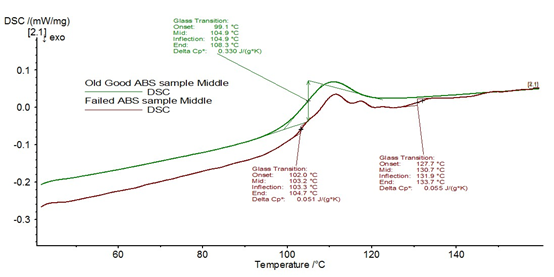 Plastic parts could exhibit different kind of failures such as fatigue, molecular degradation/oxidation, brittle fracture, environmental stress cracking etc. These failures can arise from processing of the material and its use during service, and hence failure analysis of plastics can be a complex job.

Unlike metals, plastics have a complex chemical structure which encloses information about the molecular architecture and crystallinity which determine their mechanical and physical properties. This molecular complexity can be characterised using a number of specialized techniques. Fourier Transformed Infrared Spectroscopy (FTIR) and differential scanning calorimetry (DSC) are two of the most important analytical techniques used to characterise the basic organic components of a plastic, and are a common go-to when undertaking failure analysis of plastics.

FTIR is a non-destructive spectroscopic technique, which is based on the vibration of the molecules within the plastic part. The FTIR produces a spectrum which is related to the molecular structure, giving a unique ‘fingerprint’ for every plastic. As a result FTIR is a useful tool for identifying the presence of contaminants within a known polymer resin or the presence of carbonyls indicative of oxidation/degradation.  By using this technique a failure analysis of plastics can be quick and easy.

DSC measures the heat flow difference between a test sample and a reference pan. The technique is used to evaluate thermal transitions within a material, such as melting, evaporation, crystallization, solidification, cross linking, chemical reactions and decomposition. Because each plastic yield its own characteristic thermal transitions, DSC can be used not only to identify plastics but also to identify contamination, oxidation, thermal history etc.

Impact Solutions, are equipped with state-of-the art FTIR (from Thermo Nicolet, USA) and DSC (from NETZCH, Germany). These techniques are not only used for quality assurance and quality control applications, but are also used as basic tools for failure analysis projects. An example of one of the several failure analysis of plastics projects recently undertaken at Impact is shown below.

A plastic part was found to exhibit brittle behaviour and as a result failed quality control tests. The plastic part had been extruded from a regrind acrylonitrile-butadiene-styrene (ABS) resin. The product manufacturer had been using the regrind resin for a long time and this was the first time this issue had arisen.  They reached out to Impact Solutions in the morning, and by the afternoon the failure analysis of plastics used by them was complete.

Visual examination of the extruded part confirmed the existence of several voids. In addition, handling of the product showed evidence of brittle behaviour, unlike the reference (good product) which was ductile. It was suggested by our experts that the cause of brittle behaviour could be due to contamination and/or degradation/oxidation of the regrind base material. For this reason, it was recommended that FTIR and DSC should be used to examine good recyclate and the brittle recycle part.

The suspect part together with the reference part was analyzed using FTIR coupled with the attenuated total reflectance (ATR) accessory. The spectra obtained showed absorption bands characteristic of ABS as shown in Figure 1. However, the failed part showed additional absorption bands at ~ 1700 cm-1 and ~ 1100 cm-1. Further analysis of the spectrum revealed that these additional bands are characteristic of Poly(methyl methacrylate), PMMA.

Overall, the very critical results obtained using FTIR and DSC suggest that the brittle behaviour observed on the extruded recycled ABS product was caused by the contamination of the base material with PMMA. Incompatibility between the ABS and PMMA most likely resulted in bad mixing during moulding of the brittle parts. When the customer changed the regrind material supplier the problems were eliminated.

At Impact Solutions, as plastic experts, we are committed to providing the Plastic industry with testing, consulting and supporting solutions. We are known for the quality of our service combined with an impressive turn around the record. It is the combination of the advanced facilities and the high expertise of our technology team which makes us number one choice for testing from the biggest “players” in the plastic/polymer industry in both product development and failure analysis of plastics.

For more information please contact us on +44 1324 489 182, or via email at info@impact-solutions.co.uk, where one of our plastic experts will be delighted to help you out. 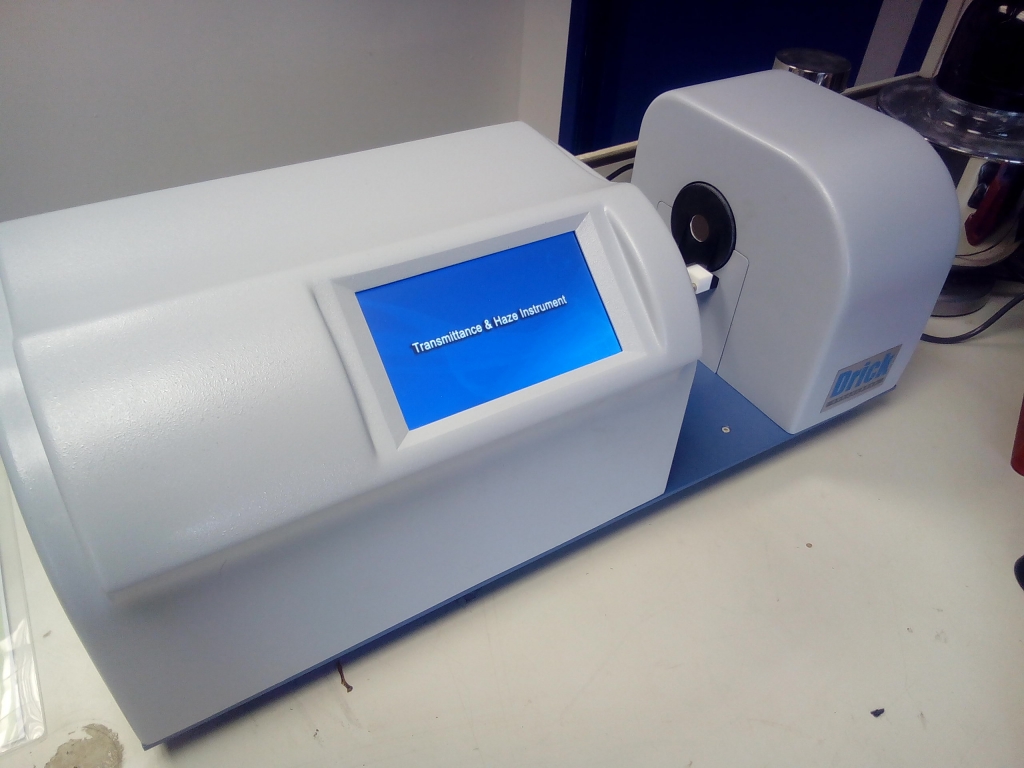