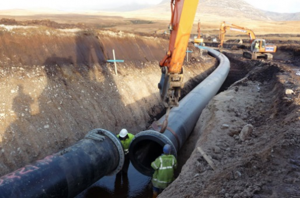 The oxidation induction time (OIT) is a standardised test performed in a differential scanning calorimeter (DSC) which measures the level of thermal stabilisation of the material tested (ASTM D3895-92, ASTM D6186, EN 728 and ISO 11357-6). The test is used to assess the level of stabilisation of a material by determining the time of oxidative decomposition. The measurement is carried out in an oxygen atmosphere at a temperature that is sufficiently high (usually at 200-210 oC for polyethylene materials) to assure that decomposition begins within a reasonable time. It is frequently used to study the thermal stability of fats, oils foods and polymers in process development and quality control projects.

In an ideal world, we would expect for the materials to be stable when exposed to air (presence of oxygen), but the reality is that materials are susceptible to air long term. Polyethylene in particular, which is highly used in the production of pipes is subject to oxidation which over time weakens the pipe and promotes failure. As a result, polyethylene resin manufacturers normally add stabilisers to improve the resistance of polyethylene to oxidative degeneration. Further processing of polyethylene resin into useful products such as pipes may significantly reduce the ability of the material to withstand oxidative atmospheres.

The determination of the oxidation induction time is used to assess the stability of products such as the polyethylene pipes. To maintain quality, each badge of PE pellets is tested before (as virgin material) and after the production of pipes (processed material). Furthermore, OIT is used to study the effect of the various additives (inhibitors and stabilisers) in the PE systems, making it an important tool for research and development projects.

In a typical OIT test the samples (usually 15 mg) are heated in an inert atmosphere (nitrogen) to a temperature above the melting point of the sample. At a constant temperature (isothermal) the sample atmosphere is switched from inert to oxidative. The amount of time elapsing until the exothermal oxidation of the sample begins is the oxidation induction time. 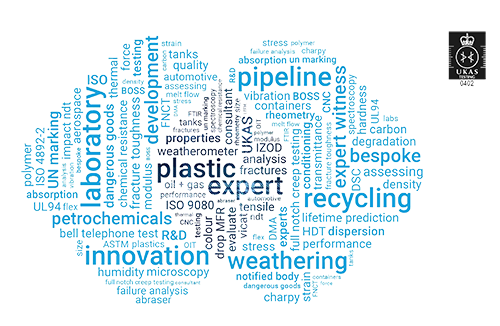