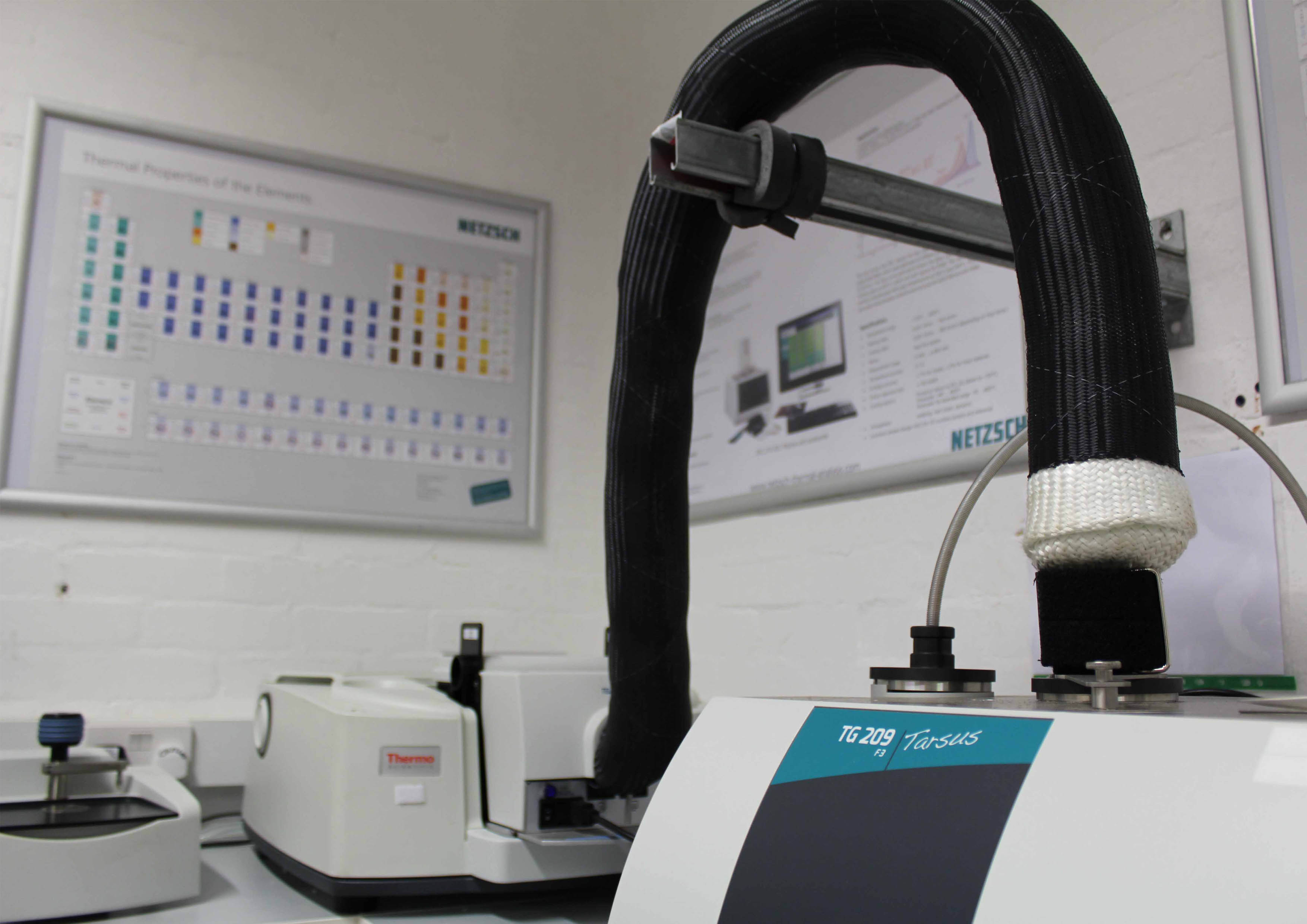 Carbon black is a common pigment used in plastics such as polyolefin pipes. It is a versatile component as it dictates a product’s opacity, electrical conductivity, UV degradation protection and colour depending on its abundance, particle size and structure. The ability to assess the level and accurate dispersion of carbon black in a plastic is crucial to confirm that the cost of the final material and mechanical properties are not adversely affected.

The conventional method of assessing the mentioned properties is by Electric Tube Furnace as standardised in ISO 6964:1986 (!!). Unfortunately, this outdated method is a lengthy procedure with a very low yield of results as three samples could take about a day to analyse and determine the carbon black content. The method is therefore not cost effective in this modern age when other techniques can be used instead.

Recently, thermogravimetric analysis (TGA) and the conventional muffle furnace methods have been considered as more promising alternatives to the tube furnace in order to determine the carbon black content.

TGA uses the quantification of weight changes, able to record changes of few micrograms, within a material as a function of temperature or time. TGA can be applied to various areas as reliable and accurate compositional analysis, determination of decomposition mechanisms, volatility studies, moisture content and ash content. Apart from temperature, purge gas is another variable that can affect the weight change results. By varying the purge gas in TGA during the analysis, separation of polymer additives and the bulk polymer is sometimes possible.

In TGA, the sample is placed in a suspended pan from a sensitive microbalance. The sample is surrounded by a furnace to an equal source of heat during the measurement. Temperature change is sampled by a thermocouple located near sample monitors so that the change in weight can be taken as a function of temperature. Accurate sample-atmosphere interaction is controlled by a horizontal pure gas flow across the sample. The data obtained is then analysed with the use of specific data analysis software.

Herein, a series of tests were carried out to establish the efficiency and accuracy of the TGA method by comparing it with the Conventional Muffle Furnace method and the outdated tube furnace. Three types of plastic were used of which each had a known percentage of carbon black.

The following materials (with provided data sheets) were used:

For TGA experiments, three samples of each standard are prepared at a mass between 30-40 mg in alumina crucibles. After a crucible is placed on the sensitive microbalance and the machine is sealed, the temperature increases from room temperature to 800oC under purge of nitrogen gas. The sample is left to calcine at the same temperature for a further 15 minutes followed by an increase to 900oC under the purge of oxygen. The percentage difference by mass is then calculated by dedicated software and an average for each standard is calculated manually (represented in the tables below).

Samples analysed with TGA showed carbon black content values very close to the reference values, yielding also very low standard deviations. For example, the CRP 100 material with ref CBC content 2.1 % showed an average CBC of 2.19% ± 0.03%. While the tube furnace value was found 2.27% ± 0.09%. The results obtained from the muffle furnace were not close at all to the reference values and therefore will not be reported at this stage. Graph in Figure 1 below presents the average CBC results obtained from the TGA vs the reference CBC values, highlighting their very close relation in %.

In conclusion, by undertaking a series of carbon black content tests in three different PE materials it was proven that TGA is by far the most accurate, fastest and reliable method. Both the tube furnace and the muffle furnace methods are much more time consuming and less accurate when compared with the TGA in terms of CBC tests.

In Impact, we are equipped and are setup to undertake any of the previously mentioned methods: Tube Furnace, Muffle Furnace and the TGA. Impact’s TGA in particular, is a state-of-the-art machine purchased from NETZSCH, Germany and it is a recent addition to our extensive thermal analysis capabilities which include the DSC, DMA and TMA. For more information about Impact’s activities in filler content analysis as well as out thermal test capabilities please contact us at info@impact-solutions.co.uk.