NMR of PMMA – tacticity and its determination through NMR 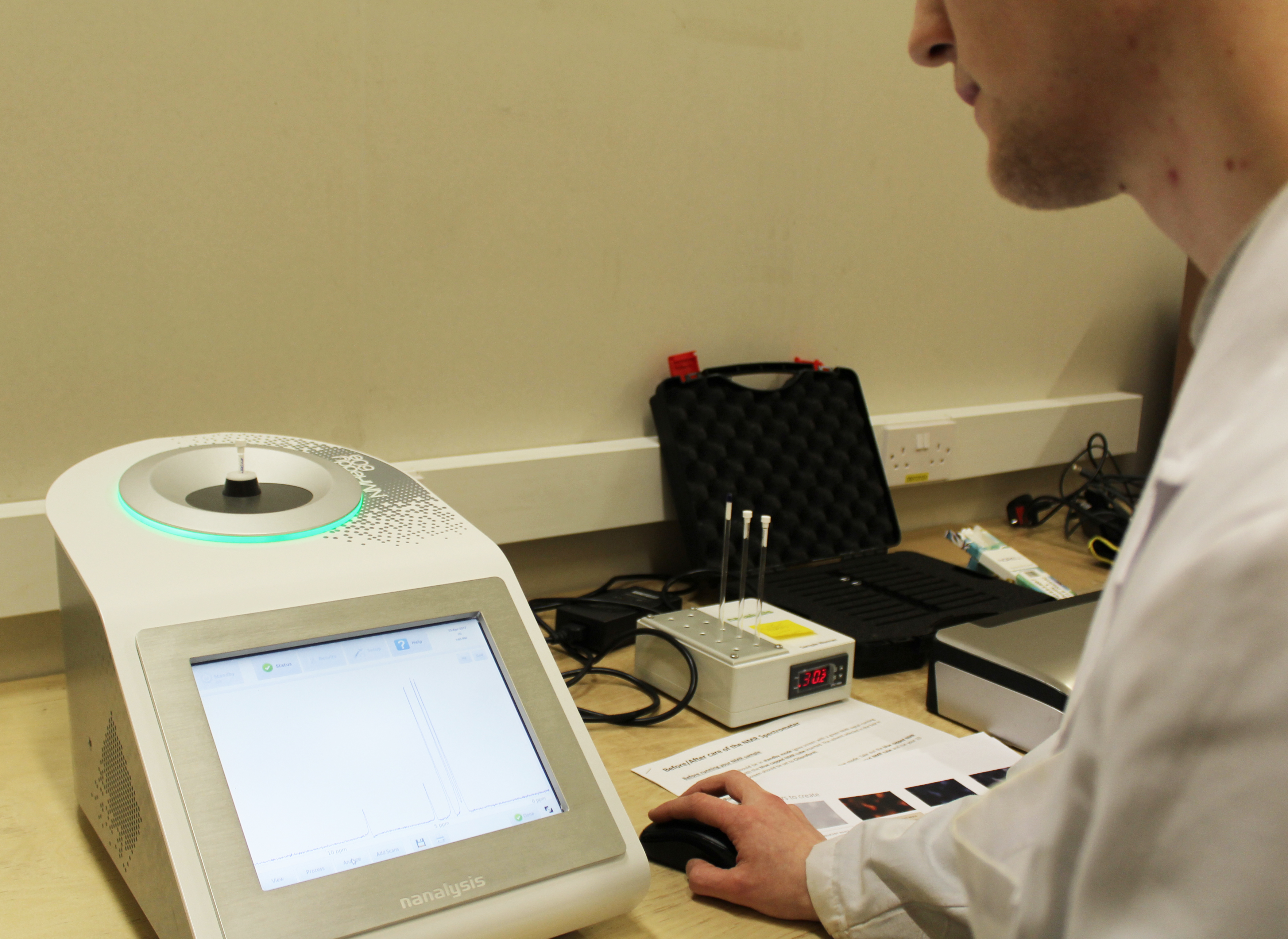 NMR of PMMA – tacticity and its determination through NMR

In polymers, tacticity is the ordered configuration, or lack thereof, of pendant groups branching off of the main backbone. Take polypropylene for example, where the methyl branch can repeatedly point out of the screen (isotactic), alternate between pointing out and pointing in (syndiotactic), or be completely random (atactic):

Clearly, the tacticity of a polymer is essentially important with the application in mind. The effects upon the glass transition temperature with differing tacticity is particularly noticeable in poly(methyl methacrylate), PMMA. Pure isotactic PMMA gives a Tg of around 42 0C whilst pure syndiotactic tends to be closer to 124 0C.

Two grades of PMMA and a reference PMMA sample were provided to impact solutions with the customer querying what the difference between them was. We took the approach of analysing the tacticity through 1H NMR on our portable NMR on-site, obtained as part of a collaboration with ScotChem. The effects of this tacticity upon glass transition temperature were assessed on our DSC 214 Polyma.

Comparing the methylene –CH2– group in different tacticities tells us what to expect from the resultant NMR spectrum:

In syndiotactic PMMA, the methylene hydrogens both experience the pendant group alternatively, therefore they are in the same environment. This causes one peak. 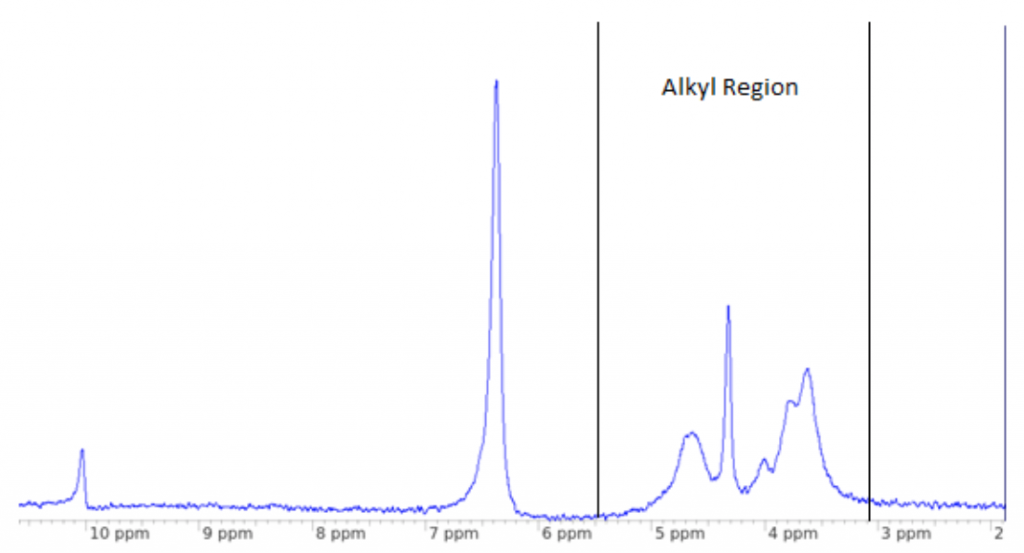 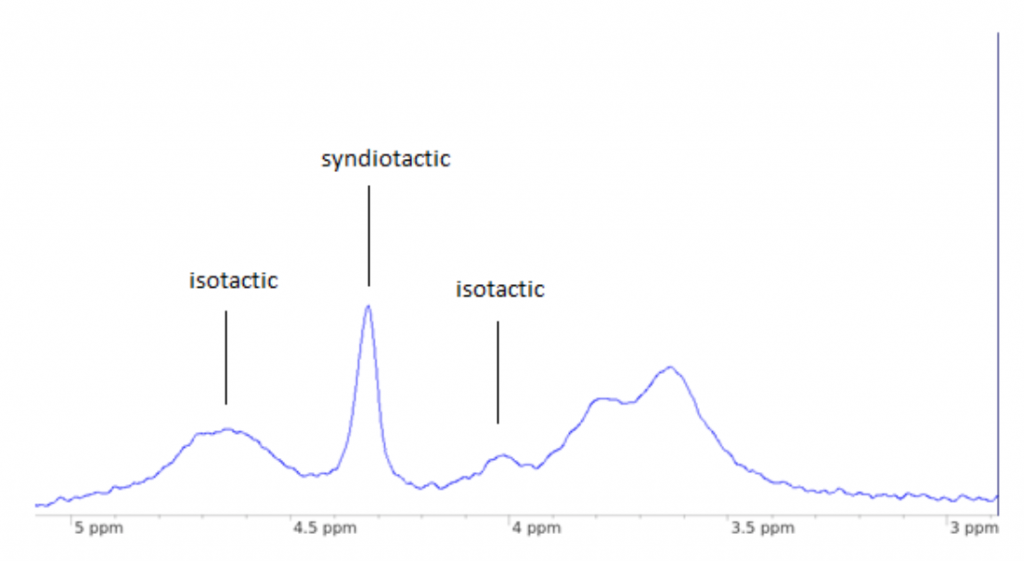 The reference sample produced an atactic spectrum which contains slightly more syndiotactic regions compared to isotactic. The Tg was determined to be    114 0C.

Comparing this with the second NMR of PMMA sample to be assessed: 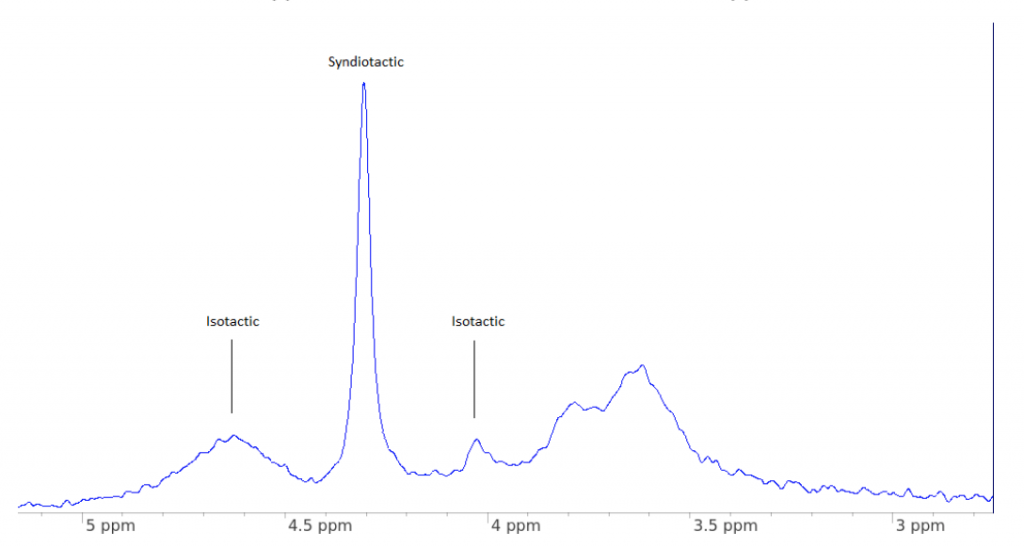 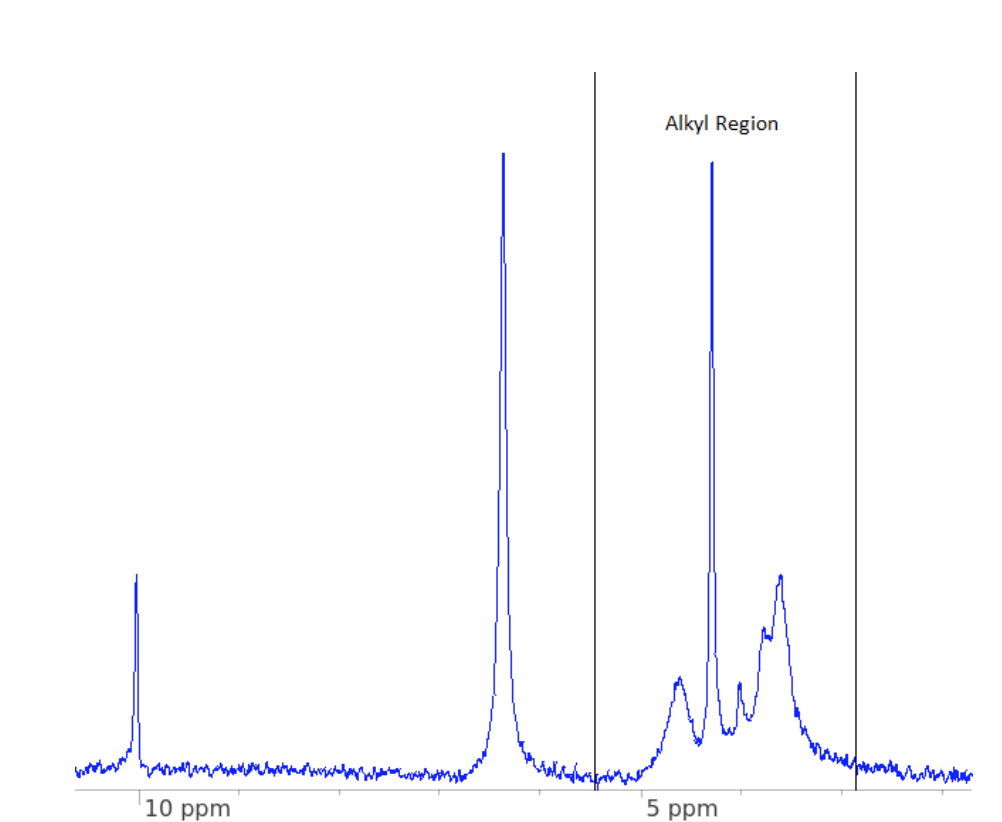 Despite again being atactic, it is clear that the proportion of syndiotactic regions has increased. This grade of PMMA is therefore predominantly syndiotactic, resulting in a higher Tg compared to the reference of 120 0C. 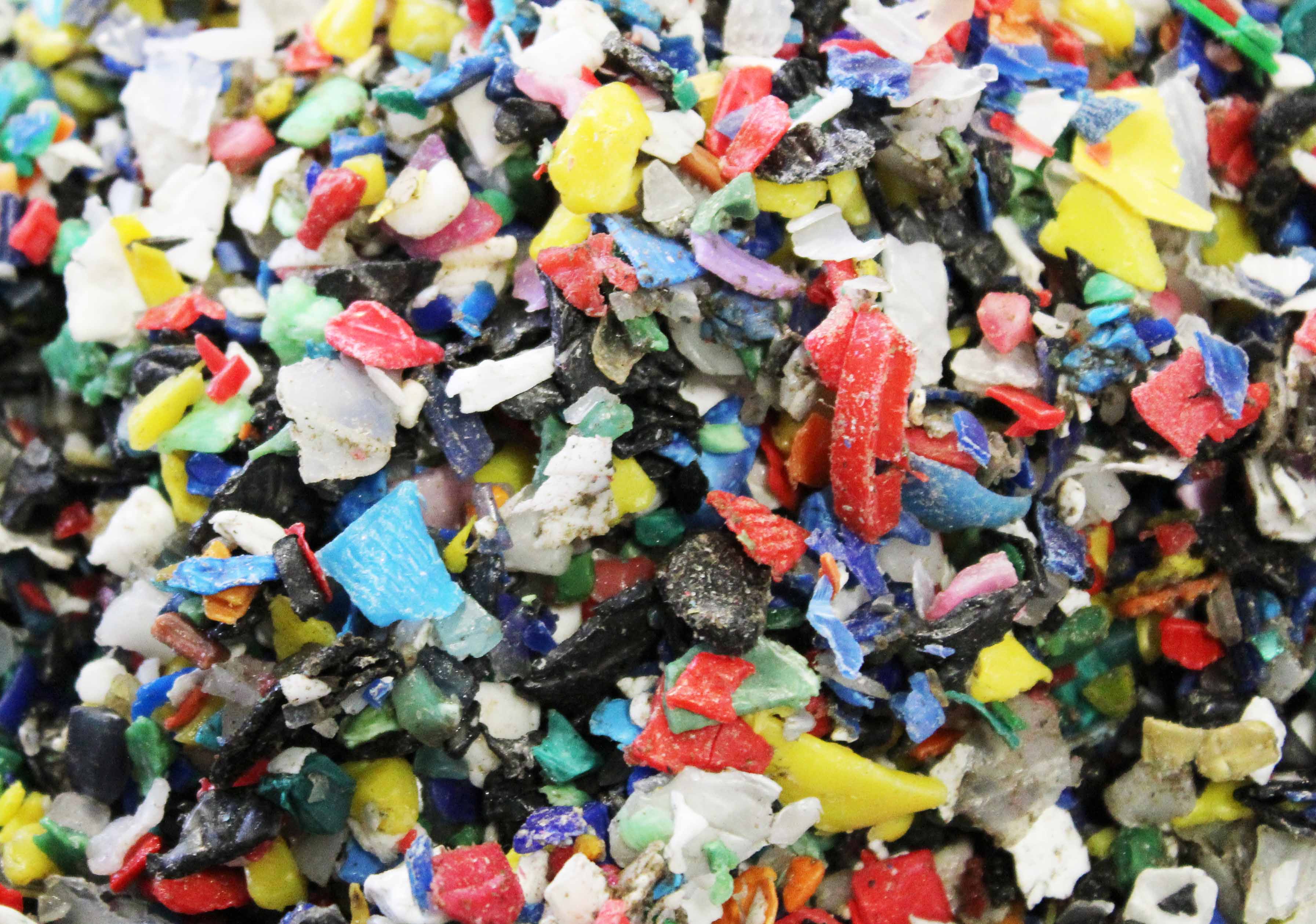