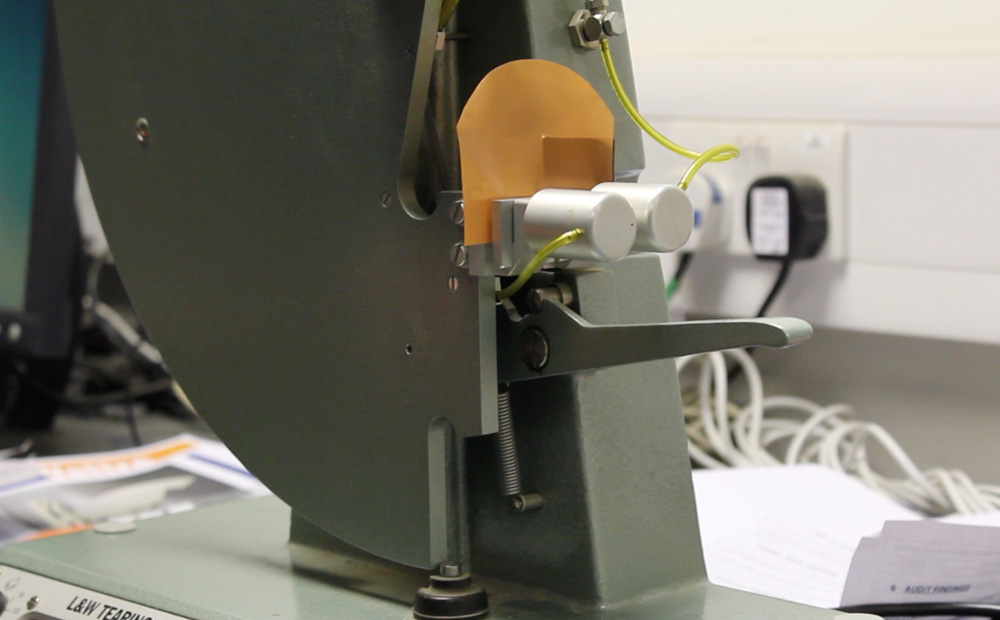 Two of the key properties of flexible plastic film and sheeting which Impact regularly undertake as part of film testing are the resistance to tear and/or puncture.  The manufacture of thin flexible films and sheet, produced from for example polyolefin’s, commonly introduce orientation effects which can lead to unbalanced properties in the machine direction and transverse direction.  It is important to take this into account when assessing the performance of thin films and sheets.

The Elmendorf test is a popular technique for determining the tear resistance in film testing.  There are several similar methods based on the Elmendorf test e.g. ASTM D1424, ASTM D1922 and ISO 1974 but in this article we will focus on that method specified EN-ISO 6383 part 2.  The principle covers all the above tests.

In terms of puncture resistance in film testing, a common approach is the use of a free falling dart as specified in ASTM D1709 or EN-ISO 7765-1.  The ISO method described here covers what is known as the ‘stair case’ method.

The Elmendorf test determines the force required to propagate a tear through a specified distance and from a specified slit, cut in a test specimen of the thin flexible plastic sheeting or film, under specified conditions of loading.  Films or sheets can be tested as single or multiple ply.

The tear resistance test specified by this method is applied to specimens cut from semi-finished and finished products. The test is suitable for the control of production and manufactured products as well as for acceptance or rejection testing under specifications for semi-finished and finished products, provided that it has been demonstrated that the data for a particular material are acceptably reproducible.

This film testing comprises of a pendulum as shown in Figure 1 (a).  The sample is held between by two grips which open and close by air actuated valves, Figure 1 (b).  One grip is attached to the pendulum whilst the other grip is held fixed on the base of the instrument. With the sample mounted in the grips a 20mm notch is introduced into the bottom of the sample.  The pendulum is then released causing the sample to tear into two pieces as shown in Figure 2(c). The force required to tear the film is recorded and shown on the instrument display.

The preferred geometry is shown in the schematic of Figure 2.  Samples are cut or stamped from the film usually in a direction parallel to the machine direction and perpendicular as shown in Figure 2.

It is usual to undertake the test on at least 10 specimens and the average force in the parallel and perpendicular direction. It is often found that the tear resistance is lower in the parallel direction compared to the machine direction due to orientation effects from processing.

The test arrangement is shown in Figure 3.  The film is placed under the dart and a vacuum used to pull the test area taught.  A clamp is then placed over the film to hold it in place and prevent slippage. The dart, with appropriate weights, is held and released from an electromagnet.

In Impact our equipment is based on method A of the standard which requires a dart with a 38mm ± 1mm diameter hemispherical head dropped from a height of 0.66 ± 0.01m.  The stair case method requires the missile weight to be decreased or increased by uniform increments (20g was used in the example shown) depending on the result failure or no failure observed for the specimen.

Following the procedure of EN ISO 7765 a stair case graph showing the failure (red) and non failure (green) results at different missile masses is shown in Figure 4.  A total of 16 failures are shown; the 10th failure is circled.  The failure mass using the staircase method is calculated as an example.

To determine the impact failure mass in grams the following calculation is employed,

A= ∑nizi where ni is number of test specimens failing at mass mi and zi is the number of mass increments from mo to mi (z=0 for mo).  See the tables below which show how A is calculated.

In the standard the calculation is based on the set of data up to the 10th failure.  Using  A determined from Table 1.  gives the failure mass as;

Table 1 Calculation of A based on 10 failures 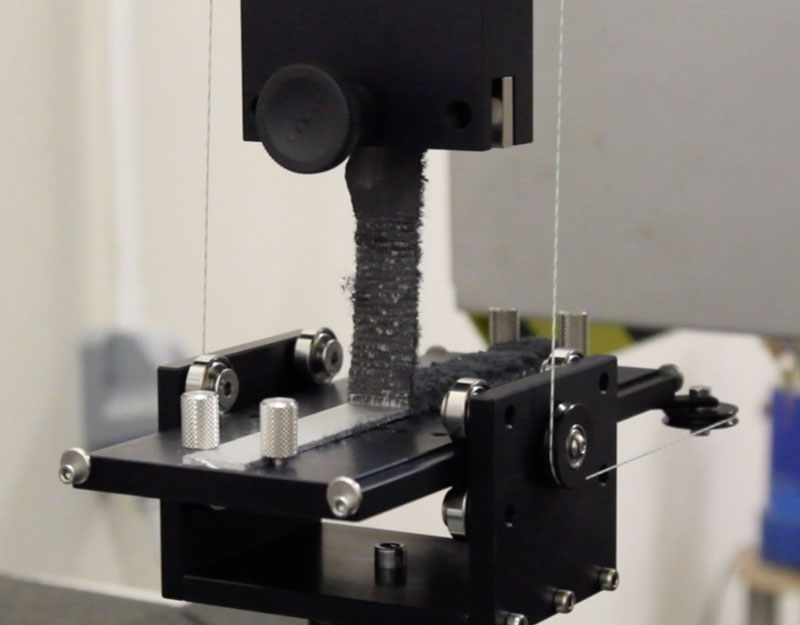